Abstract: Cystine and tyrosine were used as model sorbates to illustrate the design of sorbents with high sorption selectivity two types of weak interactions that act synergistically. When two types of weak interactions are the driving forces in a sorption and they act synergistically, the second interaction would be effectively intramolecular. The entropy lost for the second interaction should be lower than that for the same interaction that occurs alone, and thus a significant enhancement of sorption should result, We designed an N-acetyl aminomethyl polystyrene resin (N-acetyl HC-D309), which was expected to sorb tyrosine through hydrophobic interaction and hydrogen bonding but not cystine. The chromatographic results for tyrosine and cystine indicate that the separation efficiencies on the N-acetyl HC-D309 column are higher than those on a styrene-divinylbenzene copolymer column. on which sorption should be driven by hydrophobic interaction only, and on an acrylamide-N,N'-methylene bisacrylamide copolymer column. on which sorption should be driven by hydrogen bonding only. Tyrosine as well as cystine had no retention at all on the acrylamide-N,N'-methylene bisacrylamide copolymer column. indicating the hydrogen bonding had little contribution to the sorption when it acted alone. The above results further indicate that hydrophobic interaction and hydrogen bonding contributed to the sorption of tyrosine on N-acetyl HC-D309 and they also acted synergistically. One of the conclusions of this paper is that some weak, interactions which contribute little to the sorption when they act alone may contribute to the sorption when they act synergistically with other interactions. (C) 2002 Published by Elsevier Science B.V 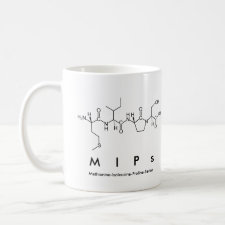