Abstract: A new ion-imprinted polymer (IIP) was prepared by the copolymerization of vinylpyridine as the monomer, ethylene glycol dimethacrylate as the cross-linker and benzoyl peroxide as the initiator in the presence of a Cu(II) - salen complex. The synthesized polymers were characterized by FT-IR, TGA and XRD techniques. To study the adsorption behaviour of the adsorbent, the Cu(II) ion which acts as the template in the salen-functionalized polymer was eluted with 0.1 M HNO 3 . The effect of different experimental conditions on the adsorption capacity was studied. At Cu(II) ion concentrations of 30 ppm and at a pH value of 6.2, an adsorption capacity of 26 mg/g was obtained. Such an adsorption capacity at low Cu(II) ion concentrations is very significant and much higher than that obtained for Zn(II), Ni(II) and Co(II) ions. The relative selectivity coefficient of IIP for Cu(II)/Zn(II), Cu(II)/Ni(II) and Cu(II)/Co(II) was calculated, when it was demonstrated that the polymer is highly selective towards Cu(II) ions. The method was also used for a real sample. The results showed that the new adsorbent can be used for the pre-concentration of Cu(II) ions at low concentration and in the presence of Zn(II), Ni(II) and Co(II) ions.
Template and target information: copper ion, Cu(II) 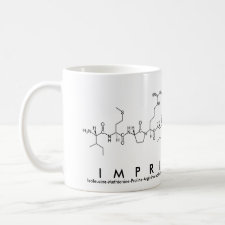