Abstract: Redox-active magnetic molecularly imprinted polymer (mMIP) nanospheres were first synthesized and functionalized with streptomycin templates for highly efficient electrochemical determination of streptomycin residues (STR) in food by coupling with bioelectrocatalytic reaction of enzymes for signal amplification. The mMIP nanospheres were synthesized by using Au(III)-promoted molecularly imprinted polymerization with STR templates on magnetic beads. Based on extraction of template molecules from the mMIP surface, the imprints toward STR templates were formed. The assay was implemented with a competitive-type assay format. Upon addition of streptomycin, the analyte competed with glucose oxidase-labeled streptomycin (GOX-STR) for molecular imprints on the mMIP nanospheres. With the increasing streptomycin in the sample, the conjugation amount of GOX-STR on the mMIP nanospheres decreased, leading to the change in the bioelectrocatalytic current relative to glucose system. Under optimal conditions, the catalytic current was proportional to STR level in the sample, and exhibited a dynamic range of 0.05 - 20 ng mL-1 with a detection limit of 10 pg mL-1 STR (at 3sB). Intra- and inter-assay coefficients of variation were below 12%. The assayed results for STR spiked samples including milk and honey with the mMIP-based sensor were received a good accordance with the results obtained from the referenced high-performance liquid chromatography (HPLC) method
Template and target information: streptomycin
Author keywords: Magnetic molecularly imprinted polymer, Electrochemical sensor, Streptomycin residue, Redox-active nanospheres, Bioelectrocatalytic reaction 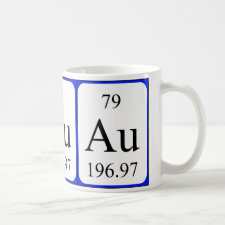